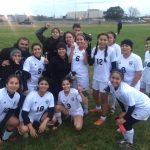 On Tuesday, January 26th, the Lady Mustangs Soccer team faced Jefferson Davis (defending District Champs). Coach Gonzalez reported a great win for the Lady Mustangs. It was a dominating effort from the beginning to the end. Austin had 20 shots on goal versus Davis who only had 4. The first score came on a corner 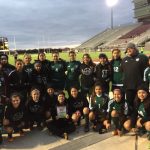 Coach Sergio Gonzalez is proud to announce that The Austin Lady Mustang Soccer team won the Waller Classic Tournament held earlier this month. Austin’s Lady Mustangs began the tournament on Tuesday, January 05 facing the Stafford Spartans and were led by the defensive efforts of Maricarmen Velasquez and Beksy Hernandez. Scoring began off the foot 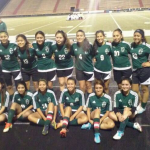 Soccer season is almost here!! Practices are Monday through Thursday immediately after school. You must have your physical forms turned in along with $35 for insurance. If you’re interested, see Coach Sergio Gonzalez (Head Coach) or Coach Brian Gillespie (Assistant Coach). The first game will be Tuesday, January 05 at 4:00 p.m. against Aldine (at