The Austin Mustangs Varsity football team has been chosen as a finalist for the Touchdown Club’s Sportsmanship Award. Austin will be competing against 40 other schools who will vie for the awards. 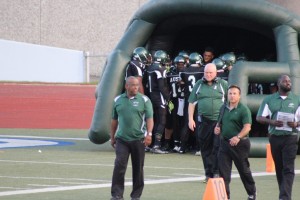 The Touchdown Club presents the awards to first, second and third places in the Class 6A and 5A Categories. There are 15 Class 5A teams and 15 Class 6A teams as well as 10 Class 4A/Private School teams attending the ceremony. Schools are judged with the Texas Association of Sports Officials, the Houston Football chapter, on the actions of the football coaches, the actions of the band, fans and parents, the number of un-sportsman like penalties, the number of personal fouls and respect for the American flag.

The Comerica Bank Sportsmanship Award Luncheon, presented by the Fellowship of Christian Athletes, will be held at Noon on Thursday, January 28th at the JW Marriott, 5150 Westheimer. 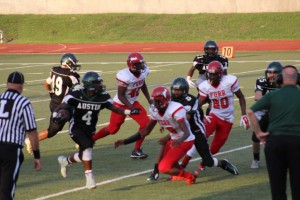 Congratulations to Coach Robin Kirk and the entire football team for being chosen as finalists and best of luck for the win! 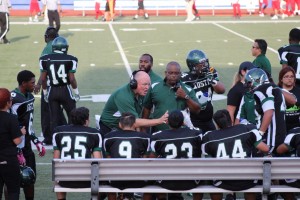